SHAdes of SHA Potluck: The Epic Crossover Event Of Foods 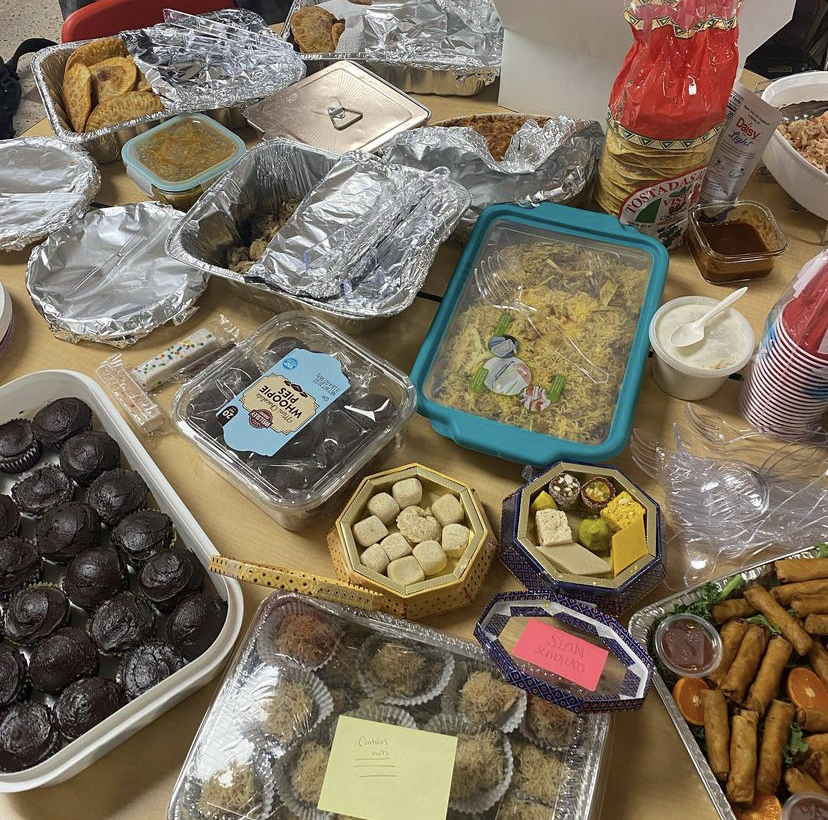 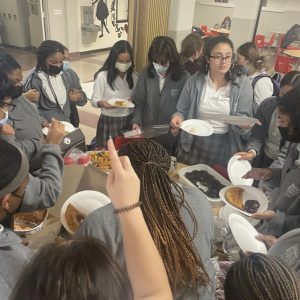 The Potluck has been a longstanding tradition for the SHAdes of SHA club, our club celebrating diversity here at SHA. The potluck held an even more special meaning this year since it was not able to be held last year due to the pandemic. Whether they were a new or returning member, the potluck was a fun way to acknowledge the different cultures of all students.

This year, members were able to sign up to bring in food via a Sign-Up Genius and brought in their food on November 18th. The potluck though, usually open to the whole school, was instead only open to SHAdes members because of COVID. The potluck foods ranged from South American cuisine to African and South Asian cuisine as well.

SHAdes of SHA’s president, Imani Okech (’23) found that planning the potluck was the most fun she has had planning an event thus far for SHAdes. Okech says “The potluck really means a lot to me because it shows just how much of a community SHAdes is and it also shows how diverse our school is. It’s good to be reminded of how different but similar some of our cultures are.”  Zara Tariq (’23), SHAdes of SHA’s secretary also stated, “Food is a big part of all cultures, and it was heartwarming to see everyone embrace each other’s cultures through it.” All across the world, food is a constant that binds many together and defines various cultures. Many of the members made or helped make the food brought in, which gave a more sentimental meaning as their friends and other students enjoyed their food.

SHAdes of SHA was established in 2014 by Malkia Okech, Imani Okech’s older sister. The first potluck SHA ever had was held the same year as well. For Imani, the potluck holds even more value as she carries on this legacy. Knowing the immense growth SHAdes has gone through over the past seven years makes her experience here at SHA even more worthwhile.

SHAdes of SHA’s mission is to create a safe environment for students of color that encourages them to educate and share their culture with each other as well as share struggles they have faced as SHA girls of color. It also encourages one to learn what they can do to create a more inclusive environment. With Sacred Heart being a predominantly white institution, it can be challenging and sometimes frustrating to feel as though you are seen and heard. SHAdes of SHA pursues this goal of feeling as though you are a part of a family. The club seeks to provide a place where you do not have to feel ashamed of where you come from but rather shows one how to be their truest self.